Jackie joined Eastern AHEC in fall 2016 after four years as the assistant director for alumni communication at the East Carolina Alumni Association. Prior to entering ECU in 2012, she worked as a reporter for The Daily Reflector and other local newspapers. She earned her Bachelor of Arts in English from the University of Nebraska-Lincoln in 2007. She completed ECU’s Master of Arts in health communication program in May 2020. 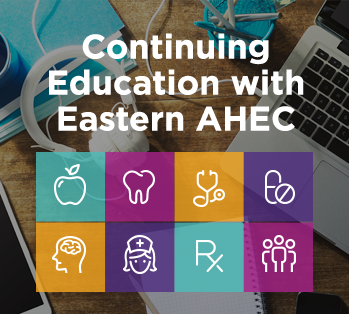 Bridging healthcare & education for students & providers throughout the region